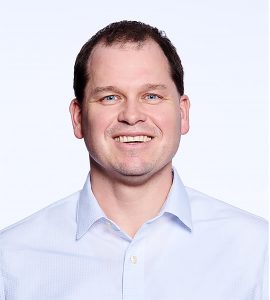 Steve has been on Board of Directors of We Care since 2009 and has the been the Chair of the Board since 2018.  Steve also sits on the Board of Easter Seals Canada.

Steve is the Head of Growth and Growth Enablement at Aramark Canada. In this capacity he leads the team responsible for new client sales, client retention and enablement of growth opportunities.   He joined Aramark in 2004 as a corporate lawyer and transitioned to the role of Canada’s Chief Financial Officer in 2016.  After 2 ½ years in that role Steve transitioned to operations and the position of Regional Vice President of Operations for Aramark’s Central Region of Canada. In this role he led a team of over 5000 employees across all business lines including Higher Education, K-12, Private Schools, Healthcare, Senior Living and Business Dining.

Steve completed his Honours History Degree at Huron University College at the University of Western Ontario in London, Ontario. He then graduated from Dalhousie Law School in Halifax, Nova Scotia and was called to the Ontario Bar in 2001 after completing his articles at McMillan LLP in Toronto. He has continued his university college affiliation by serving on the Huron Corporation Board.